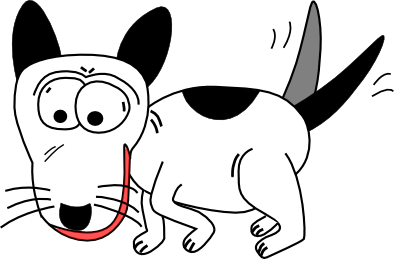 This week, for some light relief, we have a post on some English idioms. Like all languages, English has thousands of idioms and sayings that can be confusing to foreigners. Even native speakers get some of them mixed up. Here are just a few idioms that involve animals, with an explanation of what they mean.

This means to eat lots of food, because horses eat a lot.

Example: When I was on holiday, I ate like a horse. It was probably because all the food was so delicious.

This means the opposite – to eat very little. Actually birds eat quite a lot relative to their size, but idioms aren’t always based on science.

Example: Tyler eats like a bird – he must be trying to lose weight.

A “white elephant” is something expensive and extravagant, but completely useless. This idiom refers to Siam (the old name for Thailand), where white elephants were greatly valued because they were so rare. However, unlike normal elephants, you were not allowed to use them for work or even ride them. So while a white elephant looked exotic, it was incredibly expensive to own and served no practical purpose.

Example: The new airport is a white elephant. It is much too big for the city, and hardly anyone uses it.

Example: I saw Alisha yesterday. She’s been promoted at work, so she was like a dog with two tails.

When it’s “raining cats and dogs”, it’s raining a lot. We don’t know the origin of this slightly odd phrase, although there are lots of theories.

Example: Don’t go out for a walk now – it’s raining cats and dogs!