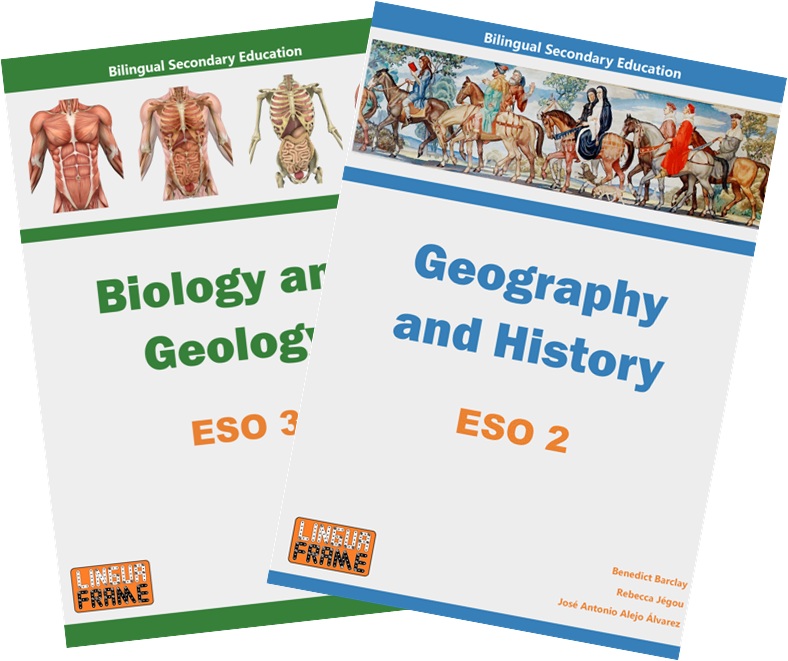 LinguaFrame was founded by Benedict Barclay and Rebecca Jégou in 2011, with the specific goal of publishing textbooks in English for bilingual schools in Spain. We embarked on this journey after speaking to teachers at bilingual schools who were enthusiastic about the concept of bilingual education, but who were unhappy with their current textbooks in English for non-language subjects such as geography, science and maths. Publishers had simply translated their Spanish textbooks into English, which meant that the level of English was much too high for pupils at Spanish schools. It was clear to us that bilingual schools needed a completely new kind of textbook. One designed specifically for bilingual schools, which recognised the particular challenges for both teachers and students. So we decided to create a completely new kind of textbook.

Publishing textbooks was a new direction for us, but we were familiar with educational publishing in the UK, and we felt we had something unique to offer. As well as our strong academic and professional backgrounds in languages, maths and science, Benedict grew up in a bilingual family, and both of us had recent experience of learning Spanish to a high level.

It was easy to say that textbooks for bilingual schools needed to be different, but now came the hard part. What should they actually look like? How could we combine very simple English with sufficiently detailed explanations of the subject content? We had long conversations with teachers at bilingual schools, read about CLIL and discussed our ideas with people with experience of educational publishing.

In the end, we came up with a very visual approach. We incorporated CLIL, but in a way that would allow subject teachers to get on with what they do best – teaching their own specialist subject. We also drew on the strengths of both the British and Spanish education systems. In September 2011, after many long days and late nights, we published our first Geography and History textbook.

Fortunately the book received an enthusiastic reception from many teachers, which gave us the encouragement we needed to continue. Since then we have published a large number of textbooks, constantly striving to improve and build on what we have learned. We’ve also expanded into English language learning materials, because many of the things we’ve learned from publishing textbooks are also relevant to teaching and learning English. If you have any questions about our current or future books, please get in touch!